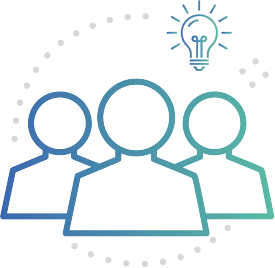 The whole team consists of recognised professionals, with long-standing experiences at leading financial institutions and trained at top academic institutions.

An in-depth understanding of quantitative models and their limitations

Solid expertise in the usage of derivatives, used for risk management of a part of our funds

A drive to have the world of finance evolve

Member of the supervisory board

Lionel accompanies the development of SILEX Group. Lionel participates with the founders in the strategy of the various entities, with a particular focus on the development of the asset management franchise. He supervises the activities’ compliance, both from a regulatory and a financial risk perspective. After graduating from the Ecole Polytechnique in Paris, Lionel Assoun started his career in a team of applied research at the Crédit Commercial de France, before heading the quantitative management team of Sinopia. In 1999 he joined EXANE, as head of development for derivatives. During 15 years he participates to the growth of the asset management business with the creation and development of Ellipsis AM. During nearly 5 years Lionel was member of the management board of EXANE, overseeing notably the control functions.

Member of the supervisory board

After graduating from the Ecole Polytechnique, Fabrice Rey began his career in 1998 working as a Fund Manager at the French bank Société Générale, where he established arbitrage strategies for capital guaranteed funds. He then joined HSBC as a products manager in asset management. He set up an independent company specializing in independent price verification, joining Oddo, a French investment bank, in 2004 where he developed a structured offer and managed the options market making desk. In 2011 Fabrice began developing quantitative proprietary trading strategies before co-founding SILEX.

Before creating SILEX, he was a partner at EXANE, a French investment company where he worked for ten years. He headed the Cross Asset Solutions teams (sales and engineering/structuring) and was member of the Executive Committee of EXANE Derivatives. In charge of proprietary index development, Xavier has participated in the development of strategies which mix quantitative and fundamental research. Xavier graduated from EDHEC Business School.

Tanneguy started his career at Carmignac Gestion in 2008 as Financial Lawyer before joining HSBC France in 2010, as Financial Lawyer. In 2011, he integrates UBS AM France, as Financial Lawyer. In July 2017, he joins Ecofi Investissements, as Interim Manager for legal Team. He joined SILEX in June 2018 as Head of Legal, and become Executive Senior Manager and et RCCI of SILEX Investment Managers on November 2018. Tanneguy graduated from Panthéon Assas University.

Philippe began his career in 2003 at BNP Paribas Investment Bank, as a credit portfolio manager. In 2008, he joined Cairn Capital in London as senior portfolio manager for corporate credit strategies and also in charge of trading and research. Philippe joined SILEX in 2018 where he brings since his expertise of manager on the strategies of rates and credit. Philippe is a graduate of ESCP Europe and holds the CFA® (Chartered Financial Analyst).

Matthieu began his career at BAREP Asset Management in 2003. He then joined Credit Agricole CIB, where he held several equity derivatives trading positions between 2004 and 2007 in London, New York and Paris. He continued his career at Lehman Brothers in London as an exotic trader. In 2008, he joined VTB Capital in London, where he became responsible for equity derivatives and convertible bonds trading in 2011. Finally, in 2014, he ran equity derivatives trading operations at BCS Global Markets in London until joining SILEX in 2019. Matthieu Ressencourt is a graduate of ENSIMAG (2004), and holds the AMF certification (2019).
In order to offer you the best possible service, this site uses cookies. By agreeing to continue on this site, declare that you accept their use.